Flying Across Britain with Arthur Williams follows the presenter and pilot as he takes a spectacular aerial tour of the UK.  From the south west of England to the remote backwaters of the Scottish west coast, Arthur uncovers extraordinary stories and meets fellow aviation enthusiasts that are as nuts about flying as him!

Presenter and pilot Arthur Williams takes on his most daring adventure to date in this stunning Channel 4 series, as he flies his vintage Piper Cub aircraft up the west coast of Scotland. From landing at Prestwick International to hunting for long-lost wartime flying boats, Art explores this dramatic terrain and discovers Scotland’s rich aviation heritage.

Horizon: Man on Mars: Mission to the Red Planet

With the ending of the Shuttle program, NASA is once again looking beyond Earth orbit. In their sights…Mars. But having not sent humans much further than 200 miles into space for over 40 years, the challenges they face are immense. Horizon follows NASA’s first steps, meeting the scientists and engineers attempting to turn a Martian dream in to a reality.

Landmark series exploring 6 mummies across the world. Using Impossible Factual specialist photography, hyper-real drama CGI and compelling interviews, Mummies Alive unlocks the mysteries from their remains. For the first time these mummified ancestors will transport us across the gulf of time and reveal their enthralling lives.

Landmark series exploring 6 mummies across the world. Using Impossible Factual specialist photography, hyper-real drama CGI and compelling interviews, Mummies Alive unlocks the mysteries from their remains. For the first time these mummified ancestors will transport us across the gulf of time and reveal their enthralling lives.

The Truth Behind… Noah’s Ark

It’s perhaps one of the greatest biblical tales. The story of Noah’s Ark. In a one hour investigation for the National Geographic Channel – The Truth Behind… Noah’s Ark divides fact from fiction. Exploring Durupinar, the site in Eastern Turkey that many believe is where the Ark came to rest; we put religious faith and science head to head. Using CGI, extraordinary experiments and personal accounts from both Ark supporters and non-believers, the film explores just how plausible this biblical epic really is?

Presented by Courtney Cox, Curiosity: Life Before Birth follows three expectant mothers and their developing babies. From the sperm striving to reach the unfertilized egg to the trauma of birth itself, this one hour show features ‘actuality’ combined with scientifically accurate models and CGI special effects to reveal the extraordinary struggle for life.

The Making of… Curiosity: Life Before Birth

The Making of… Curiosity: Life Before Birth takes an exclusive ‘behind the scenes’ look at how the show was put together. From designing and building extraordinary life-like models to shooting and recreating a hidden anatomical world…The Making of reveals how the film makers created the extraordinary images seen in the show.

Defence journalist and author Nick Cook takes a journey across the UK, America and Russia, exploring 60 years of UFO sightings. From the earliest observations by World War II pilots to stories of alien abductions in the 80’s and 90’s, Cook hits the road to unravel the mysteries. This feature length film reveals how Nazi scientists were experimenting with anti-gravity technology and cutting-edge aeronautics. Captured by the American’s at the close of the Second World War… many of Germany’s finest minds relocated to the US and continued their work.

German scientific endeavours not only ultimately put man on the moon but gave rise to some of the most bizarre and perplexing UFO reports over the American Midwest. Cook meets ex CIA head of the Moscow desk Melvin Goodman who admits the mass sightings during the 1960 and 70’s were played on by the CIA. Reports of UFO’s were encouraged… a perfect smoke screen for the testing of military experimental aircraft. Using drama reconstructions and extraordinary ‘first time’ interviews, Cook lifts the lid on a subject that still holds a fascination worldwide… is it all a political hoax or has ET really landed?

The scope of the programme was impressive – zooming about from top secret airbases in the States, to freezing bunkers in Poland; from ordinary witnesses to top-level defence and intelligence chiefs
The Express

How the Universe Works

Using the latest research, compelling experts and high-end CGI to explore the mysteries of the Universe. From the extraordinary volcanoes on Jupiter’s tiny moon Io to the planet-wide dust storms that rip through Mars’s atmosphere…all are brought to life by working closely with visual effects house, Lola, to design and story-board 3D and 2D Vis FX sequences.

In 1988, carbon dating proved beyond all doubt that the world’s greatest religious relic, the Shroud of Turin, was a fake. But 15 years later one woman’s claims were to throw the origins of the cloth wide open once again. While restoring the aging material, Swiss textile expert Mechthild Flury-Lemberg declared the weave of the fabric could only have originated during the 1st century. The debate reignited… was the crucified body of Christ really wrapped in this scarred blood stained cloth? The film takes a journey through history. It traces the Shroud’s path from Middle Eastern origins to its final resting place in Turin, Italy. On the way… historians and scientists attempt to answer the greatest mystery of all… how did the image of a crucified man appear on the cloth?

Storm City 3D is a major landmark series for Sky3D presented by Ben Fogle. Using ‘large scale’ demos and personal survival stories, the films reveal the power and unpredictability of natural disasters that can wreak havoc across the Earth.

On the 1st February 2003 Space Shuttle Columbia punches through the earth’s upper atmosphere. On board seven astronauts… unaware of the events that are about to unfold. Hot gases are filling the right wing cavity and melting the aluminum structure inside. At 200,000 feet and traveling more than 14,000 miles per hour the shuttle breaks up killing all on board. In a fast-response documentary produced just five weeks after the disaster and months before NASA’s official report the film asks… was it an accident just waiting to happen?

Space Shuttle Human Time Bomb explores over 30 years of Shuttle development. Were design compromises forced by the military creating an inherently dangerous vehicle? With contributions from Shuttle engineers and scientists… the show accurately concludes what went wrong on that fateful day.

Feature-length documentary revealing the earth’s chaotic climate over the past 600 million years. From a world encased in ice to a tropical Arctic ocean…our planet has experienced it all! Shooting in extreme environments across the US, Alaska and inside the Arctic Circle with the world’s leading climate experts.

Messier 13 is a post water-shed, hour-long thriller sci-fi drama series based on an actual event that took place back in 1974. The action is set in the near future; the human race is on the brink of total extinction. But there is hope. An answer from an unexpected source…the result of a bizarre experiment in the mid 1970’s that could just offer the world a second chance!

The ancient Egyptians were prolific builders creating some of the world’s greatest structures. But how did they do it? Engineering the Impossible challenges a team of experts to walk in the ‘footsteps’ of ancient Egypt’s master builders. Headed up by world renowned British structural engineer Steve Burrows and US based Egyptologist Dr Melinda Hartwig, the pair take a trip back through time; exploring the legends behind these ancient structures. From the pyramids and temples to the subterranean tombs cut in to the Valley of the Kings the team reveals new and exciting theories about how this extraordinary civilization constructed some of the most awe inspiring structures on the planet.

Have you ever wondered why some products millions of us use everyday really don’t work that well? Richard Seymour and Dick Powell do. They are two of the UK’s leading product designers. In Better by Design they take consumer gripes on everything from uncomfortable economy airline seats to poorly performing shaving razors… and re-design them.

From concept to prototype model and pitching to a major supplier… the inventive pair challenges the norm and creates radical, ingenious alternatives to familiar and sometimes frustrating everyday products 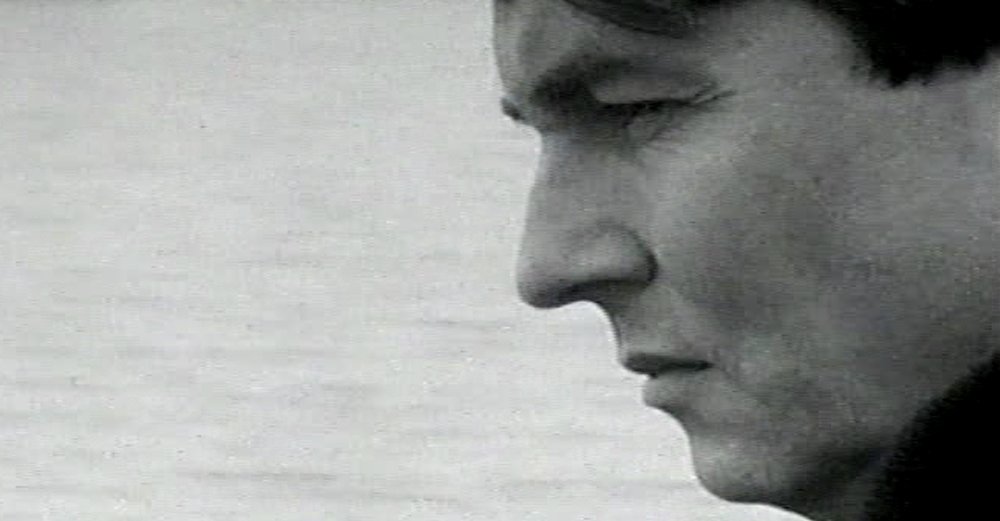 World renowned Finnish composer and conductor Esa-Pekka Salonen discusses his career.  From his work with the musically rebellious ‘Ears Open’ group in the late 1970’s to his appointment as Principle Conductor of the Los Angeles Philharmonic.  Interviewed at his summer house in Finland, Salonen reveals his love of the Baltic, musical inspirations and his enduring respect for LA.  He is currently Principal Conductor and Artistic Advisor of the Philharmonia Orchestra in London.